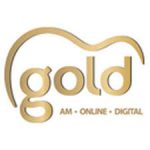 Gold is a network of oldies radio stations which was formed by the merger of the Capital Gold network and the Classic Gold Network in August 2007. The station relaunched in March 2014 as a partly automated service broadcasting in a smaller number of areas than previously, when many of the prior local AM/DAB Gold frequencies were turned over to Smooth Radio.
The Capital Gold network started in London in 1988 on Capital Radio’s AM frequency, as the British Government urged radio stations to end simulcasting (broadcasting the same programmes simultaneously on FM and AM) and threatening to remove one of their frequencies if simulcasting continued. The Classic Gold network was similarly formed from the AM transmissions of the former GWR Group’s station licence areas. (Many of the FM pop stations to which the …Gold stations were sister operations are themselves now part of the Heart or Capital networks).