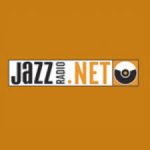 JazzRadio 106.8 is Germany’s award-winning 24/7 jazz radio station, broadcasting to Berlin and neighbouring areas of Brandenburg and worldwide on the Internet.
It plays Mainstream, Swing, Electronic, Latin, Soul and Smooth Jazz and is Berlin’s “most music” station, playing a higher proportion of music to speech of any of the city’s radio stations.
In the past 10 years, it has won more international broadcasting awards than any other German radio station, including six Gold Worldmedals at the New York International Radio Broadcasting Awards – three of them for “Best Jazz Format”.
JazzRadio has 309,000 listeners, according to the latest national independent Media-Analyse audience survey. They cover all age groups, have the highest standard of education and are in the top three radio stations for listeners with the highest household income.