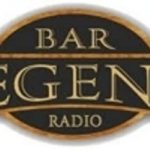 Blues is the name given to both a musical form and a music genre that originated in African-American communities of primarily the «Deep South» of the United States at the end of the 19th century from spirituals, work songs, field hollers, shouts and chants, and rhymed simple narrative ballads. The blues form, ubiquitous in jazz, rhythm and blues, and rock and roll is characterized by specific chord progressions, of which the twelve-bar blues chord progression is the most common.