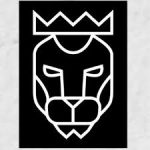 The Ultimate Online Reggae Radio Station! The VP Records label was founded in 1979 by the late Vincent «Randy» Chin and his wife Patricia Chin, Chinese Jamaicans who owned the Randy’s Records in Kingston, Jamaica (as seen in the 1978 film Rockers) as well as the Studio 17 recording studios. In the mid-1970s, the Chins moved to New York City, setting up a record store in Brooklyn called VP Records in 1975, from which they sold and distributed records. In 1979 they relocated the store to Jamaica, Queens. In 1993, the record label was formed after the success of the retail store. The name of the label is a product of the first letters in the founders’ names, hence the title «VP».