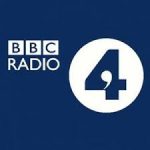 BBC Radio 4 is a radio station owned and operated by the British Broadcasting Corporation (BBC) that broadcasts a wide variety of spoken-word programmes including news, drama, comedy, science and history. It replaced the BBC Home Service in 1967. The station controller is Gwyneth Williams; and the station is part of BBC Radio and the BBC Radio department. The station is broadcast from the BBC’s headquarters at Broadcasting House, London.
It is the second most popular domestic radio station in the UK, broadcast throughout the UK, the Isle of Man and the Channel Islands on FM, LW and DAB; and can be received in eastern and south eastern counties of Ireland, the north of France and Northern Europe. It is also available through Freeview, Sky, Virgin Media and on the Internet. Its sister station, BBC Radio 4 Extra (formerly BBC Radio 7), complements the main channel by broadcasting repeats from the Radio 4 archive, extended versions of Radio 4 programmes and supplements to series such as The Archers and Desert Island Discs.