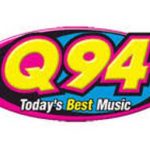 Todays Best Music for Beaumont.
During the 1970s and 1980s, KQXY was «The Beautiful Q,» the Golden Triangle’s easy listening radio station. In the late 1980s, it moved toward mainstream adult contemporary as Y94, and during the 1990s, the station was known simply as 94.1 KQXY playing an «80s, 90s, and now» format before seguing to CHR direction in the early 2000s. By 2007, Q94 has returned to Hot AC direction, although the station still reports as a CHR to some radio industry trades. Just recently, Q94 began broadcasting online, as have other Cumulus owned radio stations.